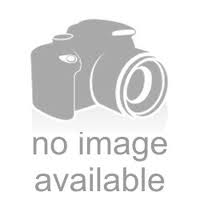 You have no items in your shopping cart.

Who wouldn’t want a little smoking buddy to join them everytime they hit their hand pipe? The Octopus Reef hand pipe is a display of fantastic attention to detail. The octopus, whose front tentacles grip the bowl as its back tentacles grip the mouthpiece, sits at the center of the piece. Raised white dots and protruding googly eyes give the octopus a realistic look, while adding personality to the pipe. In addition, a grayish dusting cover the octopus and back of the bowl, adding a interesting texture to the piece. Plus, this dusting also serves as added grip, so the bowl stays on your hand and off the floor! Burnt orange coloring melds with some blues in the octopus creating the imagery of a rock in a coral reef. The color, along with the way the octopus is latching onto the pipe, gives the appearance of an octopus camouflaging itself to hide from predators. Truth is, you can get a normal hand pipe, or you can get one that comes with an undersea friend. Make the right choice and grab the Octopus Reef now!

Average rating (based on 3 reviews)

Write Your Own Review